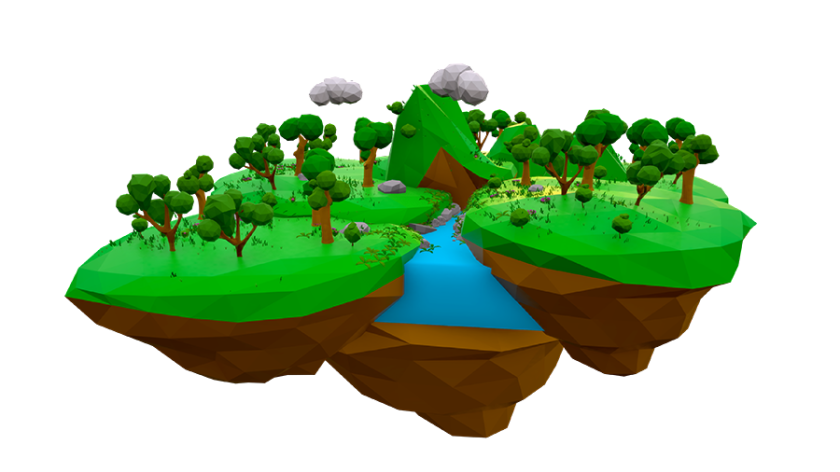 I started to work on a VR game project with Low Poly Style graphics. I am going to announce the new project next months. It’s very crazy and something never been tried. We are realy excited to work on it!

Eventhough, I used to work on Low poly style graphics in 3ds max ( I have even a tutorial post in previous pages), it is quite tricky when working in Unity 3D. When it comes to creating 3D models for VR experiences, keeping the vertex count low is very important. Models must be really low poly and the scene must be very well optimized for a fluid experience.

However, when i export my low poly models with individual smoothing groups per polygon, vertex counts in Unity increases to astronomical numbers. I was very surprised when i realized smooth objects are more performance friendly rather than flat objects (Low poly style). Because i was expecting the opposite.

So I wanted to test what is actually happening. 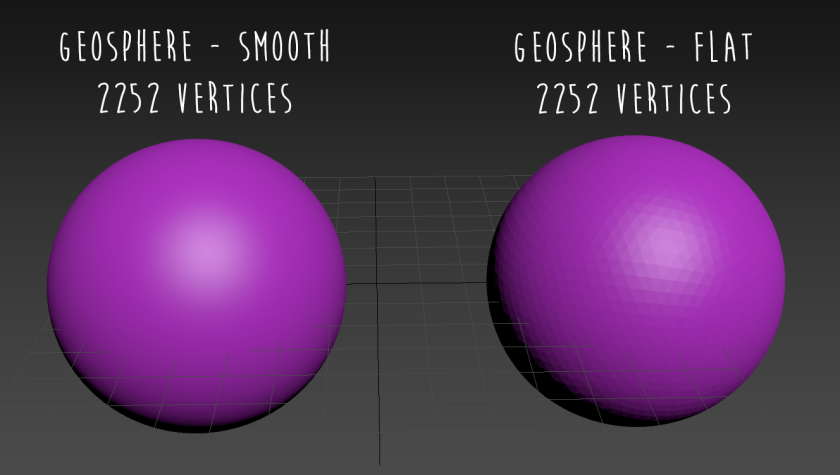 I created this two geosphere above in 3Ds Max. They are absolutely same, clone geospheres. I named them as “smooth” and “flat”, then i added smooth modifier to the “flat”. Then i lower the smooth treshold like picture below.

Keep in mind that an empty scene in Unity 3D causes 5k vertex eventhough there is no object around. It is because of the skybox in the scene. If you clear the skybox from lighting panel you can decrease default vertex count to 4, I assume.

As you see the picture above, you will notice that flat is 4 times more, compare to smooth. In larger scenes, this difference will be beyond acceptable limits.

What is the correct way to create Low Poly Style Scenes?

The best way to solve that issue is creating the low poly style in shaders. Exporting 3D Models with 1 smoothing group is best for performance. Then you can give it low poly look with shader below.

As you see in the picture below, object “smooth” has flat shading material which i downloaded from the link above, has no vertex difference compared to its default. 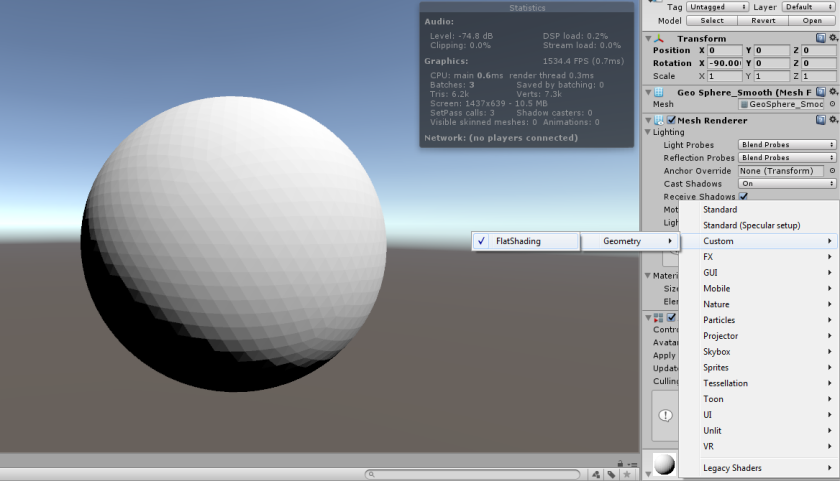 The result is absolutely wonderful for me.

I hope the post was clear and helpful for the people who stuck in that problem.

A couple months ago i came upon open call for VR Days Europe 2017 volunteers. This kind of events gather many people all around the world from the industry and developers as well as the speakers. It is a great place to meet people and see what is going on in the industry. I applied to the open call and i was selected. 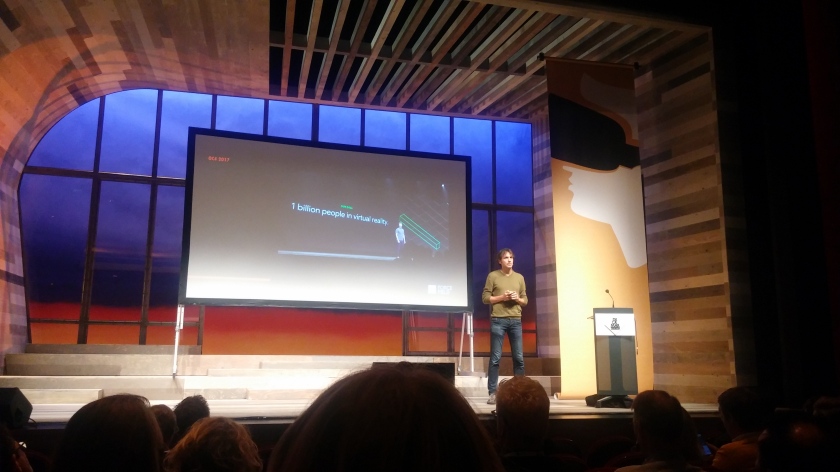 First day started in DeLaMar Theater with an opening speech by Zilah Watson from BBC then continued with conferences of the speakers. Due to i had no shift in the first day, i listened all the speakers and it was really valuable resource for me.

Martin de Ronde from Forcefield talked about his predictions of the second rise of the VR and the similarities of its current situation and mobile games  in 2007 according to his observations since then. Leen Segers explained the business side of the industry. Jason Toff from Google, showed some of the first prototypes of google’s VR projects and explained how did they used the prototypes to develop a stable version of their project. He pointed out mostly spending a dedicated time for prototyping, sketching ideas, brainstorming, sharing before being ready and letting people test the prototypes oftenly. Tenderclaws, showed some examples of their project and talked about creating the interaction in VR. Yitian Han explained the current situation of VR Cinema industry in China. Philip Rosedale from High Fidelity made a live VR performance of their massive online multiplayer videogame, Second life. Jeff Burton from Woodside Creek shared his previous experiences as an ex Electronic Arts employee.

So it was an very busy day 🙂 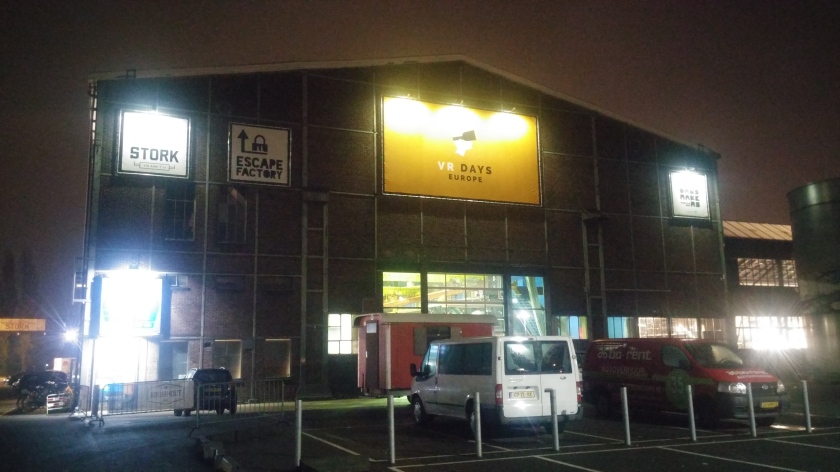 Next day i arrived to the construction of the exhibition place. It was 7 in the morning. 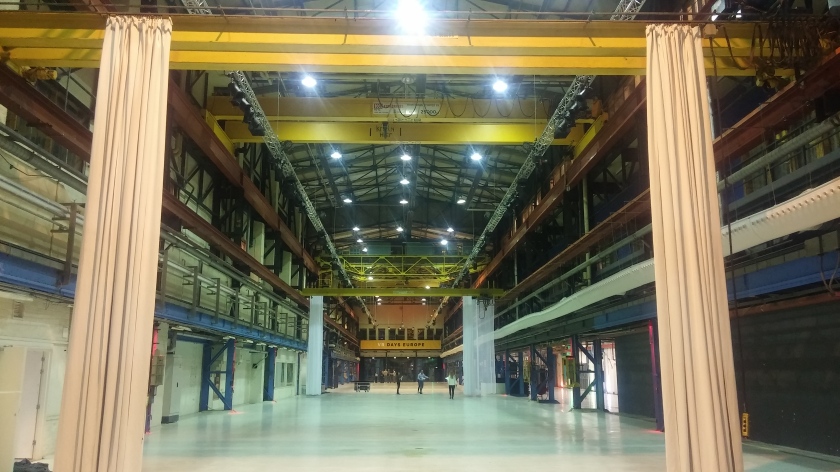 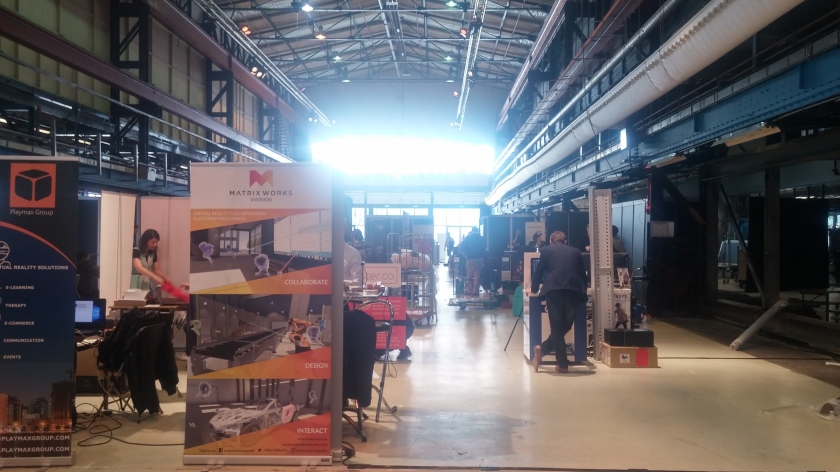 In a few hours the hall is getting ready. 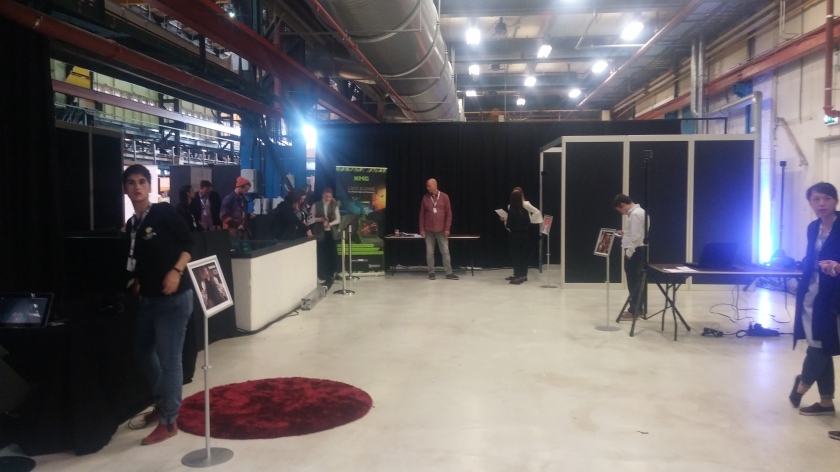 This is the hall i actually worked 2 days. It is called Church of VR. I dont know why they named this place as church. Fun fact: I was the only one turkish or from muslim country to work in the church. It was fun though. We had around 15 VR experience and several movies to show. Some of them was really cool. “Gloomy Eyes” and “Chocolate” are my favourites. Visitors also liked the experiences. Their feedbacks were very positive. 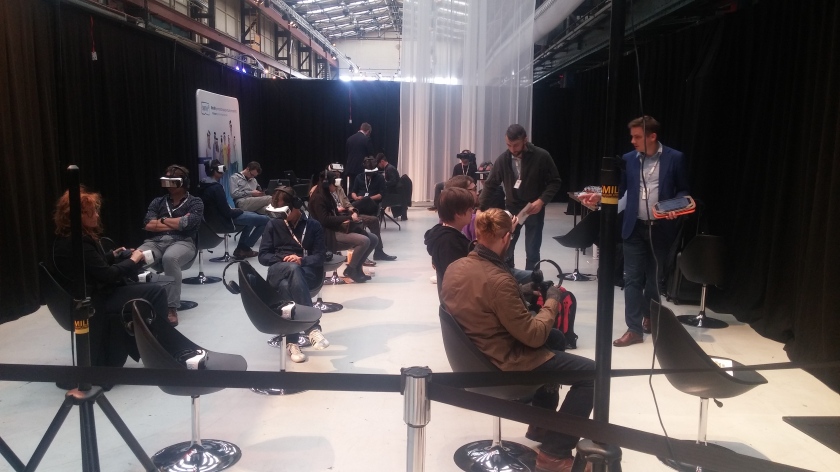 This is the choir area. Visitors experienced VR movies with Gear VR. It was like a place from the future. People was looking different places in same movie. I understood the personal space that is offered by virtual reality again. Persoanl space was created with cinema curtain for above a century. But VR will increase it to a upper dimention. 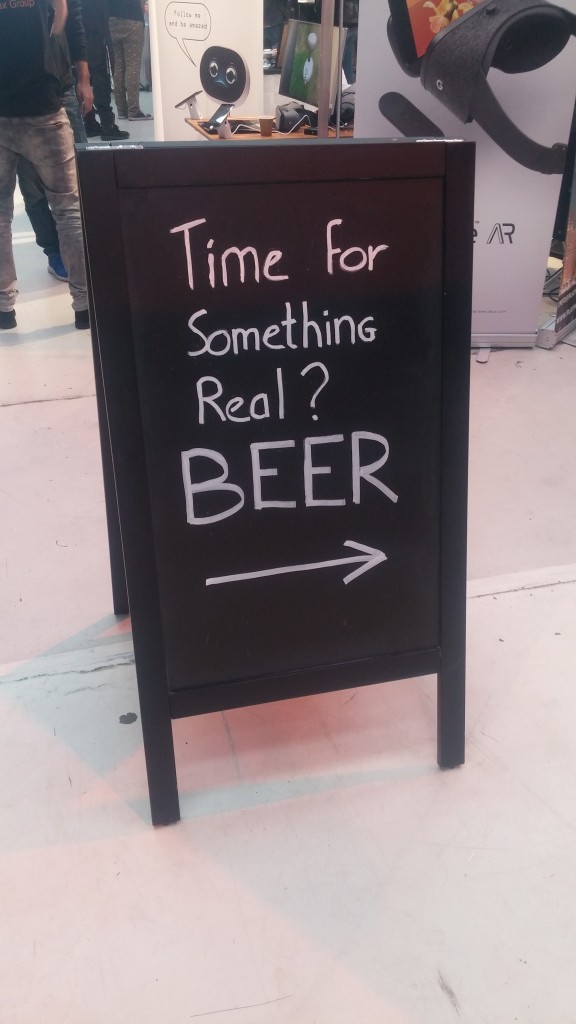 Nice marketing 🙂 Sadly and surprisingly all the beverage and food was on sale. Including coffee and tea. This is the only summit i went and pay for them. Well i actually didnt pay anything because of i rejected to pay. So i bought what i need from markets. 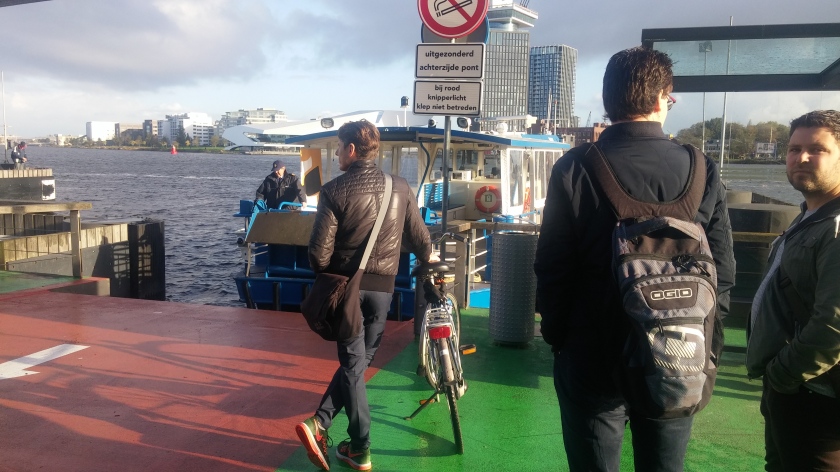 We had a boat which worked between Central station and Exhibition hall (Kromhouthal). I came across it by chance. It was written nowhere in the papers i had. It is a cool thing. 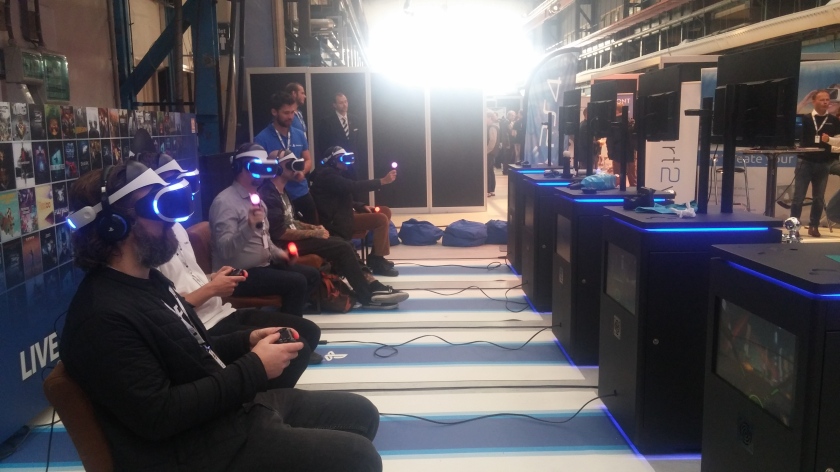 PSVR stand. First time i have tried the PSVR. It was really comfortable. Screen resolution is same as oculus and vive. But the trackers sucks. Or maybe controllers, i dont know. They told me that trackers are interfereing with the others. It makes sense. 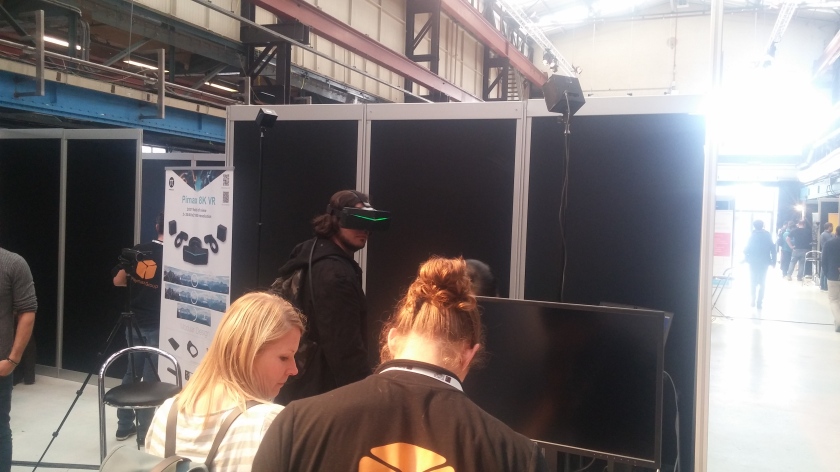 Pimax 8k VR headset is something you cant find oftenly. I waited a very long line to try it. It absolutely worth. Resolution is great. Tracking is not worse than Vive. They look very same. Device has a wider screen, so you dont see the end of the screen horizontally as well as vertically. I saw 2 seam lines in middle right and middle left side of the screen. It feels like they connected 3 screens in headset. After all, great device. 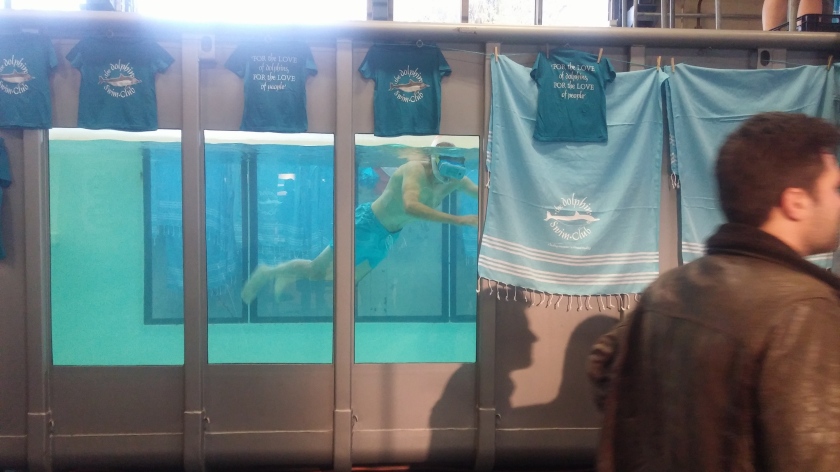 This one is the craziest experience i have ever seen. You actually jump in a pool with VR headset and a snorkel to swim with dolphins.